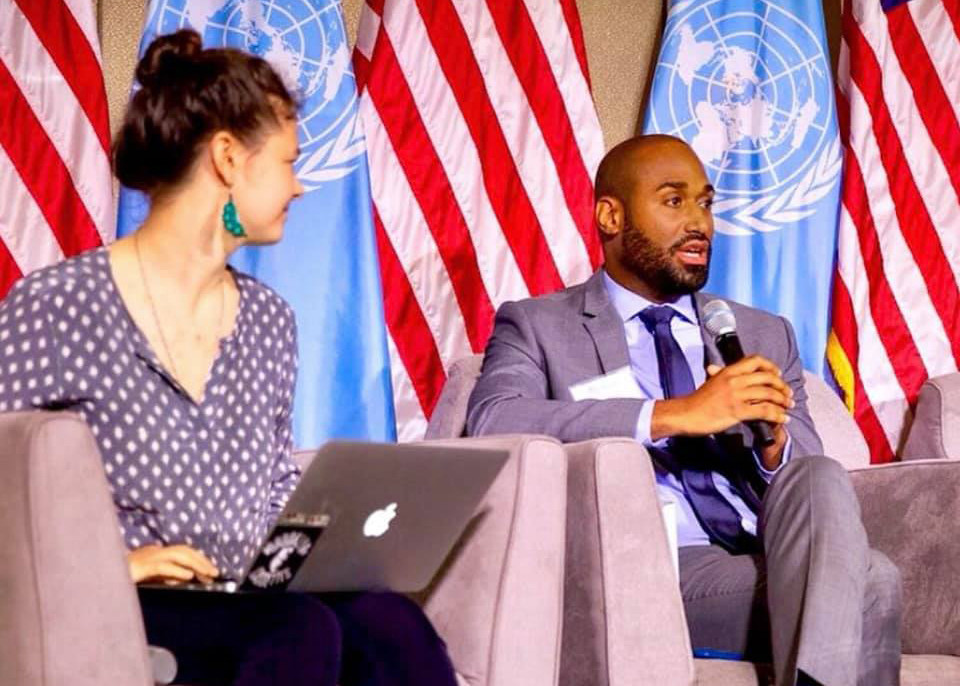 UNIVERSITY PARK, Pa. — Brian Mateo is a two-time Penn State graduate who, while on campus, devoted much of his out-of-classroom time to working under the umbrella of Penn State Student Affairs. Mateo transferred the valuable, diverse skills he learned through his involvement at Penn State and in Delta Lambda Phi Fraternity to his eventual career path.

His experiences in campus activism also afforded him the ability to continue to fight for causes he believes in, such as climate change, in his postgraduate life.

“I learned how to become a leader, work with people, lead with empathy and compassion, as well as see things from a holistic perspective,” said Mateo. “I also learned critical tasks that make me an effective administrator, such as budgets, time management, conflict resolution and critical thinking.”

Finding a voice and becoming a leader

As a student leader, Mateo was heavily involved with social justice roles on campus and saw firsthand just how important the student voice can be.

Mateo launched his student activism as an intern in the Center for Sexual and Gender Diversity. He advocated for LGBTQ+ rights, including for gender-neutral bathrooms on campus to promote inclusivity. He also represented the LGBTQ+ community by serving as the vice president of the Delta Lambda Phi fraternity, which is a social fraternity for gay, bisexual and progressive men, and by advocating for the fraternity’s inclusion in the Interfraternity Council. Mateo helped engage the fraternity and sorority communities in conversations about the LGBTQ+ community and how to be an ally through a peer program called Straight Talks, run by the Center for Sexual and Gender Diversity.

“From changing the menu in the cafeteria to ensure healthy options, to advocating for LGBTQ+ rights and the right for marriage equality, I was able to see firsthand how my voice can lend itself to useful causes,” Mateo said. “In order for students to make sure that all perspectives have a seat at the table, they need to invite people with different perspectives and also listen.”

Mateo gained additional leadership and critical-thinking skills as a graduate intern with the Office of Student Conduct, where he volunteered on conduct board hearings, which heard student conduct cases for low-level infractions involving alcohol and marijuana. As a graduate assistant for the Office of Student Activities (previously Union and Student Activities), Mateo worked with the planned leadership and training workshops, as well as assisted with community service and service learning projects. He also served as an adviser for the Martin Luther King Jr. Commemoration Committee.

Mateo attests that the resources and services offered by Student Affairs were crucial to his out-of-classroom experience and overall growth while at Penn State.

“The umbrella of Student Affairs is essential to a student’s development in the college setting because it provides the students with the support and transferable skills in order to succeed. Students benefit from the programming, networking opportunities and resources that are offered,” Mateo said.

Putting out-of-classroom skills to use

Mateo currently serves as the associate dean of civic engagement at Bard College in New York and serves on the board of trustees of the Carnegie Council for Ethics in International Affairs. The skills he gained through his student activism and engagement are integral to these roles.

In his role as associate dean of civic engagement, Mateo works to expand civic engagement initiatives throughout the Bard network of more than 6,000 students worldwide. He works with faculty to bring experiential learning into the classroom and teaches a course on civic engagement that focuses on the historical and theoretical aspects of social movements, while also providing students with the opportunity to work in their communities.

Also at Bard, Mateo serves as the director of strategic partnerships for the Bard Globalization and International Affairs Program, a study-away program in New York City where students from around the world spend a semester taking advanced courses in international affairs and work with internships in their related field of interest.

He also works with public diplomacy programs sponsored by the U.S. Department of State Bureau and Educational and Cultural Affairs, called Study of the U.S. Institutes. In his role as program director, he was worked with scholars with a focus on U.S. foreign policy and students on civic engagement initiatives. To date, he has cultivated a network of more than 100 scholars from 59 countries

In addition to serving on the board of the Carnegie Council for Ethics in International Affairs, an organization that strives to inspire and guide debate and educate the public on ethical choices in matters related to global affairs, Mateo helps to develop strategy for the organization.

A voice for climate change

Mateo continues to use the voice he discovered while a student at Penn State to advocate for global issues. He recently became a climate reality leader after attending a training summit on climate change led by Nobel Laureate and former U.S. Vice President Al Gore.

“I attended the 42nd training of the Climate Reality Leadership Corps facilitated by former U.S. Vice President Al Gore,” he said. “The first training happened back in 2007, and now he has trained over 20,000 people from 152 countries. At the training, individuals ready to make a difference in our planet’s future spend three days working with world-renowned scientists and communicators learning about the climate crisis and how by collaborating together we can solve it.”

The Climate Reality Project connected to Mateo’s passion about the implications of climate change for education. In a recent podcast with the Carnegie Council, Mateo noted that Hurricane Maria’s 2017 landfall in Puerto Rico opened his eyes to how prolonged power outages impacted graduation rates and student learning.

“I realized that if I wanted to have a stronger voice, I needed to be more well-versed in climate change and the solutions and understand the scientific facts of [climate change],” Mateo said as part of the podcast.

Mateo graduated from Penn State’s University Park campus with a bachelor of science in biobehavioral health in 2008 and a master of college student affairs in 2010. His involvement in various capacities within Student Affairs prepared him for postgraduate employment and significantly shaped who he is today.

The wide array of opportunities offered through Student Affairs provides students with multiple avenues for growth while completing their academic career and opportunities to gain skills that will serve them in their career paths. To learn more about becoming involved in Student Affairs and to read other alumni success stories, visit StudentAffairs.psu.edu/mademe. 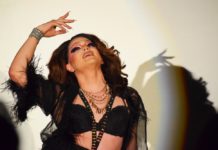 Divas in the Desert proves fundraising can be fierce 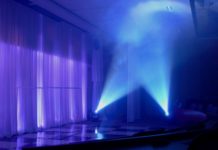 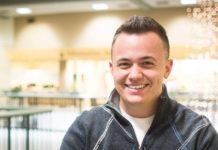 Finn Recognized as Champion of Pride