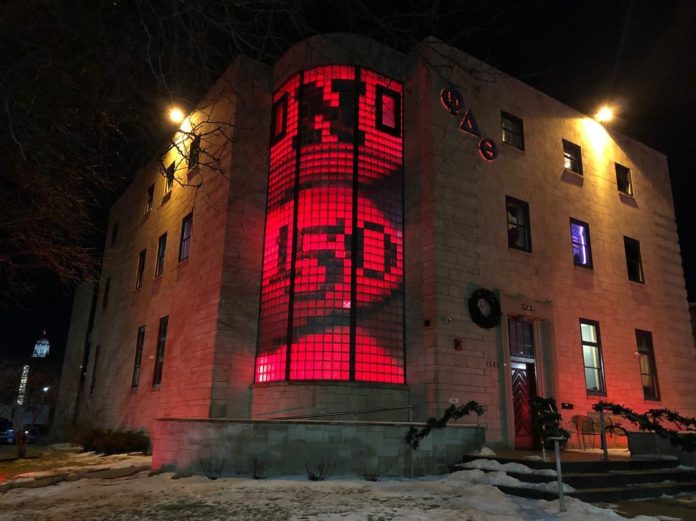 As the University of Nebraska-Lincoln adjusted to changes due to COVID-19, the Phi Delta Theta fraternity house was business as usual.

Armed with tiny cardboard cutouts, a three-tiered staircase and a computer-generated design of the Irish flag and a shamrock, the members were able to decorate their house’s spiral staircase wall with St. Patrick’s Day pixel art.

The brothers of the house shifted the LED lights on the staircase to the colors of the Irish flag by climbing on the railing and atop each other’s shoulders to duct tape each piece of cardboard on the tiles.

In just under an hour, the fraternity brothers gathered outside to admire their work and take pictures with the completed design: a horizontal Irish flag with a black shamrock sitting in the middle tier of the staircase.

Fraternity brothers of UNL’s Phi Delta Theta chapter, located at the intersection of North 16th and R streets, regularly use cardboard squares and lights to decorate their house for holidays and other local, national or global events.

Jack Butler, a senior finance and economics double major and historian for the chapter, said he doesn’t know when the house started manipulating the staircase lights into designs, but lights have shown outside the house since its physical design in 1937. And because of the lights, the brothers have been able to strengthen their bond.

“It’s a really cool opportunity to take something that we care about, that we want publicized, and throw it on this intersection,” Butler said. “It’s a pretty public thing. I’ll be walking down 16th Street at night and see what we’ve done, and we’ve had a cool part in kind of lighting up that intersection, being the face of it.”

Phi Delta Theta was the first fraternity on campus in 1875, and the staircase was designed by Frank Lloyd Wright, a former Phi Delta Theta brother and nationally recognized architect, before being placed on the national register of historic landmarks in 1986, according to Butler.

Now, Butler leads the designs with his computer, designing with the word processor Pages and deciding what colors should be darkened by the cardboard cutouts.

Once the design is finished, he said the volunteers flip the image to what it would look like inside. Some members help with cutting the cardboard down to size while others start duct taping the pieces on the staircase.

At any point, Butler said about 10-15 brothers work on changing the lights and they always try to get new members involved.

Jacob Day, a junior finance major, said when he rushed Phi Delt the upperclassmen at the time showed him how to operate the lights.

“It’s just such an easy way to have a positive impact on the community and campus,” he said. “It’s so easy, why would you not keep doing it?”

Butler said new LED lights have eased the creation of the light design by combining lighting colors and allowing them to experiment with lights more quickly, instead of having to place colored tarps over the lights to change the colors. He said the key is to not let any light shine around the cardboard cutouts, making it appear that the squares are lit up from the inside.

“We’ve got a little bit more high tech,” Butler said. “I think us utilizing the staircase as kind of a canvas, a little billboard, I think that’s a little more recent phenomenon.”

Whereas the designs used to be for just the holiday season or for their philanthropy, designs are now done more often.

“Now we don’t really need a holiday season or philanthropy,” Butler said. “I think if it feels appropriate to do a design, we do a design. That can change from a couple times a week to a couple times a month … Whenever an event happens, we can get it up that night.”

Chris Payant, a freshman business administration major and chapter member, said walking back to the house and seeing the lights gives him a sense of pride to be part of the house.

“I just think it’s something that’s made Phi Delt what it is on this campus, and it’s been a part of just their history for a long time,” he said.

Payant said Phi Delt seemed like it had one of the best brotherhoods out of all of the fraternities he rushed, part of which has to do with the lights. For that reason, Payant said the lights were there before him and will be there after as well.

“It’s just given me a sense of community in the house,” Payant said. “I instantly made 40 new brothers just in my pledge class alone, so getting immersed into [the lights] really helped me.”

“It’s definitely a point of pride for the vast majority of the house,” Butler said. “I think we’ll continue to do that.”

Day said the lights act as a tradition for the chapter, allowing the fraternity to bring attention to what they feel is important and shining a light or showing support to those issues for people on campus.

In correlation with their philanthropy to support ALS research through The LiveLikeLou Foundation, they once decorated the staircase with a pineapple to honor the life of Stephen Hillenburg, the creator of Spongebob, who died from ALS. The lights can also inspire members to make the staircase pink to bring awareness to breast cancer, Day said. Either way, members said the lights do more than just shine to the rest of the campus.

“We just get to express what we care about,” Day said. “There are just certain topics that can be pretty serious and just make students more aware of them, whatever that is.”

Even though classes for UNL students are canceled this week, and most students are making the decision to leave campus, the lights at the Phi Delta Theta house shine bright as a symbol of brotherhood and a beacon for all that remain on campus.

WATCH: Video of the house’s lights

“I know cutting one little one-by-one cardboard squares isn’t that exciting, but the guys who do do it, we have fun with it,” Butler said. “I think at the end of the day, we just enjoy doing it, and we enjoy having it. And we’re pretty proud of it, too.” 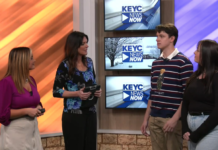 Greek Life – taking a look at sororities and fraternities 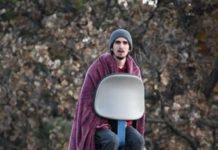 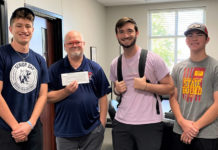