On Oct. 15, during East Carolina University’s Homecoming Weekend, the Captain of the Ship award winner will be announced at the Homecoming football game.

“Captain of the Ship is definitely a change from what you’re traditionally aware of,” Rubin said. “But as far as I know, no negative feedback towards us at this. I think this is our second year doing it and we’ve had more applications come in than we did last year.”

Senior public health major Matthew Blount is a top 10 finalist for Captain of the Ship, according to an announcement the official ECU homecoming Instagram account made last week. Part of what helped his status of leadership on campus was his founding of the Greek organization, Delta Tau Delta (DTD), Blount said.

DTD has raised $56,000 for type one diabetes research in the spring, he said. That accomplishment hits close to him because his mom is a type one diabetic, Blount said.

“Greek life here doesn’t usually get the best PR, and we kind of wanted to change the culture and have a charity more focused on academics and philanthropy,” Blount said.

He knows many of the other top 10 finalists because a lot of them are in the honors college like himself, Blount said. He said it was exciting to become a top 10 finalist for Captain of the Ship because it is a chance to represent Pirate Nation. Blount said he grew up in Greenville so he always had Pirate Nation in his life.

“Having the chance to actually represent ECU as a leader, it’s not just something that affects me, it affects my whole community and everybody I am a part of,” Blount said. “It’s not just a representation of me, it’s a representation of every single person I’ve been with and been involved with here, and I’m just extremely grateful for the opportunity to actually be one of the top 10.”

During Homecoming Weekend is when the possibility of becoming Captain of the Ship will truly hit him, Blount said. When he stands on the football field during the football game and looks up at the crowd is when he will feel lots of emotions, he said. 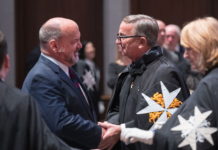 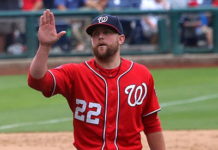 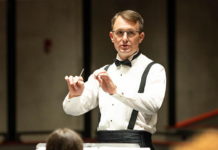