When it comes to college, there’s a lot of things you can do like sports, clubs and even join a fraternity or sorority on campus. For those students who join Greek life and participate in sports, they must learn to balance a busy life while fulfilling their duties to their teams and their fraternity or sorority.

Claire Kennedy, Kim Huynh, Shaun Bossert and Quinn Gaebler all share a common distinction of playing a sport and participating in Greek life. These athletes have a lot on their plate, including schoolwork and even jobs, but they all know how to manage their time to make their lives manageable.

These four athletes all participate in Greek life, which adds an extra layer of work to their lives, but all agree that it’s worth their time.

Kennedy is the vice president of the Chico State Field Hockey team and is a sister of Alpha Gamma Delta . Kennedy understands the difficulty of balancing these two responsibilities, but knows that she has the support she needs to do both.

“It can be difficult sometimes to do both sorority and sport club but they often fall on different days or times so I am usually able to participate in both,” Kennedy said. “It’s nice to have support from my sorority sisters and I do have a few sisters who are in the same sport or other sport clubs so it’s also nice to have people who are doing the same things as you are.”

Kennedy’s sorority sister, Kim Huynh, plays for the Chico State Women’s Lacrosse team. Huynh believes time management is the key to being successful with her schedule.

“Practices are in the morning from 6-8 so I usually don’t have to worry about missing practices and sorority events, for the most part, are on the weekends,” Huynh said. “Weekends that I need to travel, I usually have to miss our chapter meetings, but I usually don’t miss that many because chapter meetings are at Sunday nights. I am at the library quite a bit, you can usually catch me studying there at least three to four times a week.”

Bossert, a brother from Lambda Chi Alpha, also plays for the Chico State Men’s Lacrosse team. While the experience has caused Bossert stress, he believes the experience will help him throughout his life.

“Being in a fraternity and on a competitive sports team has been very busy and often times stressful,” Bossert said. “But the experiences that I gain from the organizations I am a part of never make me doubt the hard work I put in to make sure that I can be as active as a member as possible to both organizations.”

Gaebler, also a Men’s Lacrosse player, is a brother of Sigma Pi. Hard work and the challenges of life have tested Gaebler, but he believes he has the will to overcome.

“Being able to balance my time between lacrosse, school and Sigma Pi was something that was at first a challenge to me, but I soon learned how to properly prioritize my daily responsibilities…”

“Being able to balance my time between lacrosse, school and Sigma Pi was something that was at first a challenge to me, but I soon learned how to properly prioritize my daily responsibilities in order to do everything I wanted and needed to do,” Gaebler said. “It just takes the will to want to get something done, and if you really want it, you’ll get it done.”

Brotherhood and sisterhood are an important aspect of both Greek life and sports. An aspect that is essential in most lives. For these athletes playing a sport and being a part of Greek life is a lifestyle worth experiencing. 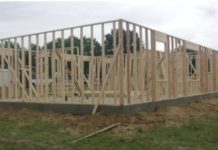