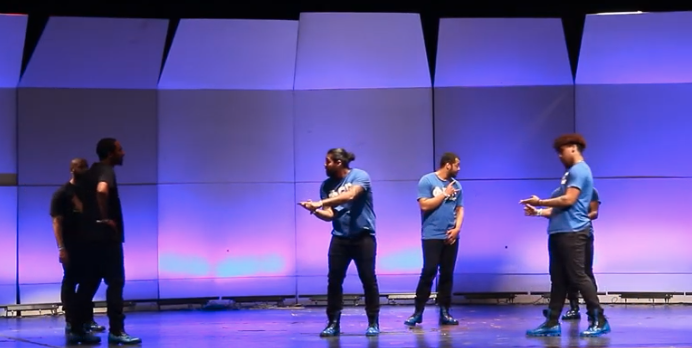 The third annual “Our Blackness, Our Heritage,” 20/20 Vision Step Show at the University of Arizona highlights stepping with the ‘Divine Nine’, local high schools, churches, speakers, food and more.

According to the Step Afrika! website, step dancing became popular in the black community in the early 1900s, when a large number of African Americans were attending college. Consequently, they created their own Greek-letter organizations better known as the Divine Nine to support the black students in every stage of their lives either academically or socially. Since then, stepping has become a significant part of expressing pride for the African culture.

With the kickoff of the Black History Month the past Tuesday, Feb. 4, Barbea Williams Performing Company and Team Keeping the Culture Alive presented “Our Blackness, Our Heritage” on Saturday, Feb. 8 at Cholla High School auditorium.

This event was the kickoff to Black History Month, sponsored by the Raytheon Black Employee Network and the University of Arizona African Studies Department.

“[Black fraternities and sororities] started doing what we call stepping … it is part of their tradition,” said Barbea Williams, a professor at the UA School of Dance and founder of Barbea William Performing Company.

According to the UA Greek Life website, the UA is home to seven of the nine historically African American Greek-letter organizations.

Beah Williams, the co-founder of Team Keeping the Culture Alive, mentioned that the stepping show is not just about entertaining people, but also a way for the Divine Nine to get exposed.

“The reason behind why [the Divine Nine] are stepping and doing the competition is a way for them to receive fans for scholarships, for their scholarship foundations,” Williams said.

Team Keeping the Culture Alive has been embracing black history using the three C’s: community, collaborating and culture, according to Williams.

Taj’a Raye “Ray Ray” Lambeth, administrative assistant for American Association of School Administrators and co-host for the step show of this year mentioned that this event is a great opportunity for students to network with the black community and also to figure out how they can support and get involved.

“I just hope to see more participation,” Lambeth said. “It would be nice to see who reaches out to actually get involved.”

In the same way, co-founder of Team Keeping the Culture Alive Trehon Cockrell-Coleman stated that this kind of event helps keep the community together.

“You can connect past, present and future generations of Tucson together,” Cockrell-Coleman said.

Tucson’s black population is very low, around 3.6%, according to an article from Arizona Public Media. That’s why Williams and Cockrell-Coleman think it is essential to develop a community where that minority can feel welcome and part of something.

“[The step dancing show] is just that education piece and also it’s fun putting something together to see all come together and to feel like yeah we did that,” said Victor Mikulin Jr., a UA student majoring in psychology and the secretary/treasurer for Phi Beta Sigma fraternity.

During the show, Phi Beta Sigma was the first group to perform. Q Hart, a UA student majoring in communication and president of this fraternity, mentioned that a lot of people don’t know about stepping, but once people know about it they get interested.

“Bringing [stepping] to people who usually don’t see it, it is something that it’s like real fulfillment,” Hart said.

“[The step show] is a teaching opportunity for us to showcase the history of who we are,” Williams said, “we are passing our culture onto the next generation.” 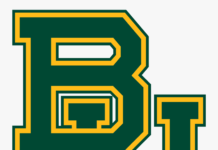 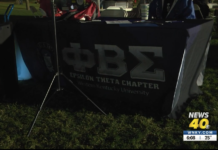 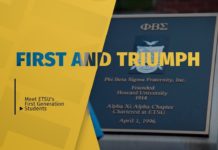