Attorney Ali is a practicing trial attorney and activist. A former police officer and U.S. Marine Corps veteran, he earned a Juris Doctorate in law (J.D.) from Trinity International University; a Masters in Administration of Justice (M.S.) and Business (M.B.A.) from University of Phoenix; a degree with a focus on African studies from Regents College through a consortium with Tennessee State University, and is a doctoral scholar researching pan-African business and trade at California Southern University.

Attorney Ali is the Founder and principal attorney at the Law Offices of Zulu Ali and Associates, LLP based in Riverside, California (zulualilaw.com), which is the largest Black-owned law firm in California’s Inland Empire. The firm focuses on representing persons accused of crimes, immigrants, and persons seeking civil justice in state and federal courts. Ali is on the list of counsel at the African Court of Justice and Human Rights in Tanzania, Africa, and the International Criminal Court at The Hague, Netherlands.

Attorney Ali served as Director of the American Committee for United Nations Oversight, an advocacy group that lobbied the United Nations for police reform in 2015. He is the Director of the Stop and Frisk Youth Leadership Academy, which mentors and trains at-risk youth to deal with police encounters; Director of the Southern California Veterans Legal Clinic, a legal clinic offering no cost and low cost legal services to military veterans; and an active member of Beta Zeta Omega chapter of Iota Phi Theta Fraternity, Inc. 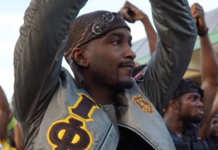 Off The Yard: Shining Light On Black Sororities & Fraternities 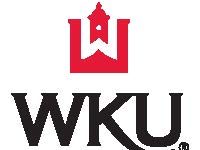 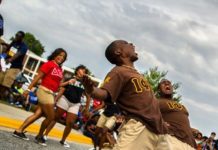