With a large build and defined muscles from head-to-toe, Jeremy Onyango would often intimidate people who saw him for the first time. But anyone who spoke to him would always immediately realize his welcoming nature and uplifting attitude.

Jacob DeVito, a senior studying actuarial science and president of the ISU weightlifting club, characterized him as a “gentle giant.”

Jeremy Onyango was a senior studying physics from Evergreen, Illinois. He passed away unexpectedly Oct. 25.

Onyango was a member of Triangle fraternity and the weightlifting club. He also worked at Cy’s Roost.

“At first, [Onyango] was very scary because he was a very muscular man with a durag,” said Piotr Starzec, a sophomore studying civil engineering and Onyango’s co-worker. “But then the more I talked to him he was very easy to talk to, very nice.”

When DeVito met Onyango through the weightlifting club, the first thing he noticed was Onyango’s positive attitude.

“He had a way of lighting up a room when he walked into it and uplifting other people,” DeVito said. “He had that positive, contagious attitude that just kind of changed the atmosphere.”

Onyango constantly had a smile on his face and had a laugh that could be heard across the room. 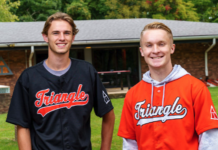 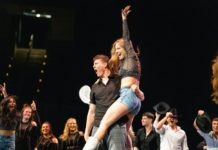 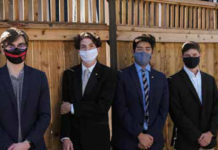 Navigating a pandemic: Success despite COVID-19