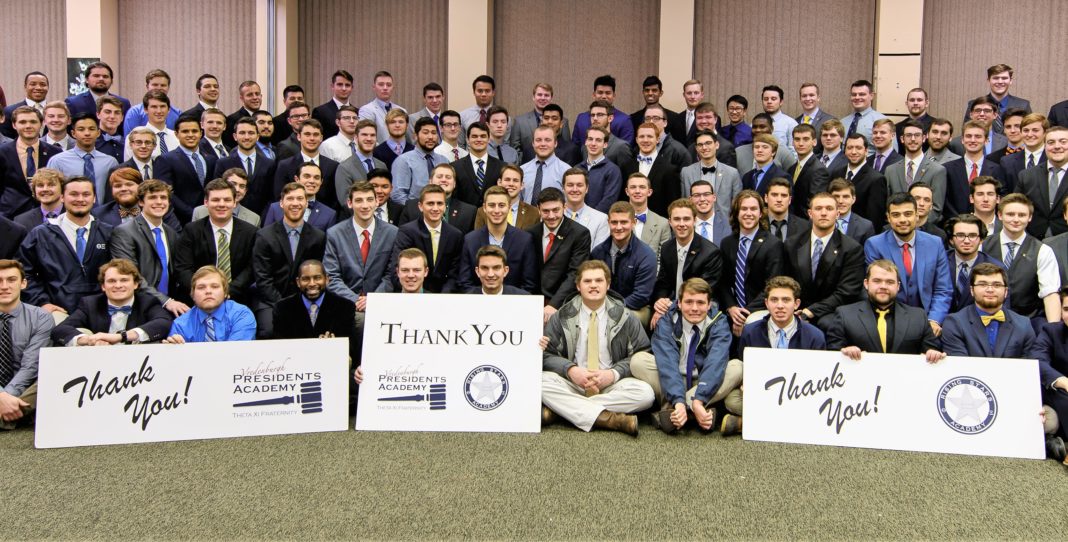 The year was 1997 and many national fraternities were looking for a new approach to creating great chapters, which remains the foundation for successful national organizations. However, all fraternities were met with similar challenges, which included below average scholarship, declining membership, and increasing risk management incidents. How could Theta Xi meet these challenges head-on in a way that would put our chapters on a better path?

During the Theta Xi Fraternity 133rd Anniversary Convention, held at the Hyatt Regency Gainey Ranch in Scottsdale, Ariz. the delegates passed a resolution to develop a leadership conference to be offered every year. The author of this resolution, Brother Stanton P. Cadow, Beta Pi 209, had participated in similar experiences outside of the Fraternity and knew of their value in helping organizations gain new vision. By bringing together chapter presidents and alumni facilitators, it would be possible to discuss our challenges, envision the possibilities, and celebrate our common bonds of Brotherhood in a place with few distractions.

The first Presidents Academy was held in 1999 at Innsbrook Resort in Innsbrook, Mo., during the first full weekend after New Year’s Day. After five years, the Presidents Academy moved to Martin Luther King, Jr. weekend to allow more undergraduates to attend when classes were in recess. This extended weekend was filled with leadership programming from Friday morning through Monday afternoon. In 2004, due to a scheduling issue at Innsbrook Resort, the academy was moved to the YMCA of the Ozarks, Trout Lodge. Fortunately, that scheduling issue changed the approach to the Presidents Academy as outdoor activities, better accommodations and a larger attendance became possible.

Leadership programming in the early years were valuable experiences that Brothers like David Mangold, Alpha Zeta 1509 are still using today. David, who operates a Chinese food restaurant and boba shop in Westwood, Los Angeles, reflected, “I learned hard skills like running meetings, managing team assignments, handling a budget, and time management. I gained soft skills like when to push and when to listen, the consideration of those not in the room when making decisions, managing conflict, and finding compromise between people’s hopes verses expectations.”

As the program grew, more and more alumni gave of their time to facilitate and engage in conversation about the promising future of Theta Xi. Even more alumni gave of their treasure to support undergraduate attendance. In these early years, more than 50 alumni became Academy Benefactors by giving $500 or more each year to the program. These valuable gifts allowed chapter and colony presidents to attend at no cost.

Ryan Kight, Mu 1197, a Director of BOA Performance Strategy for Edward Jones, became engaged in the Presidents Academy in 2004 as a facilitator and remained involved through 2015. “In the 11 years that I was involved, I grew as a leader and a facilitator—learning more about my own leadership style, while also appreciating differences in others’ approaches to leadership. That growth, I believe, happened in large part to me teaching— but also learning—from the attending presidents.” Kight continues to be a big supporter of the academy today.

The immense success and impact of the Presidents Academy gave rise to the “next academy” for Theta Xi. Thanks to the work of the newly-formed Leadership Task Force in 2005, the “next academy” was conceived in the form of the Rising Star Academy, first held concurrently with the Presidents Academy in 2006. While there was some shared programming and meals between the academies, the two programs had their own curriculums and methods. Rising Stars Academy focused exclusively on those members who were newly initiated into Theta Xi for one year or less.

With the two academies now side-by-side, Theta Xi needed to find alumni and staff to facilitate the growing numbers and curricula to make it all work. Many volunteered and have seen the value in being involved with the Fraternity on a national level. Some have become Grand Lodge members, others have helped develop local alumni associations and clubs, while others have become advisors, committee members and district directors. All have benefitted by their interaction with undergraduates and alumni from chapters from across the nation.

Taylor Wallace, Gamma Iota 374, gained a better perspective from the Presidents Academy, both as an attendee and a facilitator. The experience, “has opened my eyes to the potential of those around me. Every person has traits that can be used to better help one accomplish their mission. Just like a clock, one cog cannot accomplish its goal,” he said. “President’s Academy equipped me with the tools and methods to find that potential, tap into it, and motivate those to reach their maximum ability. When everyone performs at their absolute best and uses their strengths to ‘cover’ others’ weaknesses, that’s when magic happens and goals become accomplished.” Taylor currently resides in Washington, D.C. and works as a counterterrorism analyst.

The Legacy of Jim Vredenburgh

Most of Theta Xi’s success since the late 1970s can be attributed to long-time executive director James E. Vredenburgh, Beta Omega 11. Jim’s passion and love for our Fraternity was contagious to all who met him. His commitment to the idea of fraternity, and to our cardinal Principles, was unwavering. One of his great passions was the Presidents Academy program. Jim knew that the programming at this leadership experience was the premiere vehicle upon which Theta Xi could implement positive change for the betterment of our Brotherhood. The academy weekend remained a highlight of Jim’s year, until his untimely passing in 2012. It was no surprise, then, when the Theta Xi Foundation named the Presidents Academy for Jim in 2013. Thus, the Vredenburgh Presidents Academy was born.

Reflecting on the First 20 years

So, has the academy met its objectives? Definitely! Bryan Shaver, Sigma 1261, one of the chapter leaders who attended the inaugural Presidents Academy, says the guidance he received as been invaluable in his career. “It was the first time that I had taken one of the personality tests,” explained Bryan. “It was interesting to see what quadrant I fell into and to see how that has remained fairly constant 20 years later as I take those tests again. It was an important lesson to learn the various styles and personalities of other people and how to interact with them. I still use this today in a personal and professional capacity.”

Blaine Warden, Alpha Iota 919, had a similar experience. “I regularly reflect back on my time as president for the Alpha Iota chapter and how it has positively affected my life. My ability to deal with adversity, problem solve, and take on leadership roles has been forever affected in a positive way.” Blaine is a licensed professional engineer working as a project manager for Telios corporation out of Dallas, Texas.

From the time of the original resolution penned by Brother Cadow in 1997, to 20 years later, Theta Xi has changed from a loose confederation of local chapters and alumni into a much stronger national fraternity. This has happened in a very organic way that came out of the vision of those alumni who not only conceived the possibilities, but also worked tirelessly to develop and deliver perhaps one of the more unique approaches to instilling the purposes of Theta Xi in our membership, chapter presidents, Rising Stars, and soon-to-be alumni.

When we think of the Seven Purposes of Theta Xi and remember the words of our Sacred Oath, it becomes obvious that this annual gathering of fellowship seals the bonds of Brotherhood between us.

As Brian Coleman, Theta 1114, recalls, “Whenever I have been blessed to attend these Academies, I always look up to the stars and think about the intent of our Founders. They would be proud of our efforts to keep their vision of 1864 alive and well in 2018.”

When past attendees were asked what advice they would give to up-and-coming leaders, they overwhelming said they would encourage Brothers to attend because of the lifelong skills they will develop. Nick Mason, Alpha Epsilon 1460, shared that his Academy experience has helped him make an impact on others’ intellectual curiosity and encourages college Brothers with the opportunity to grow their leadership skills. “If you’re a leader, you have the ability to positively influence every individual you interact with.”

Brother Kight wants Brothers who will be attending academies to know that it will be one of the single greatest opportunities, not only to learn how to be a fraternity chapter president, but also to really work on who you can become as a leader. “See the Presidents Academy as your first training into leading a group of people,” he advised. “And, then never cease to learn how to be even better. Your time as president will give you more learning opportunities as a leader than most all of your other activities. See each opportunity as a chance to become an even better version of you. Enjoy it!” 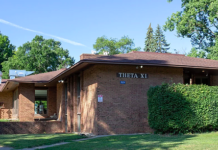 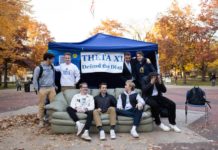 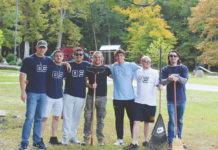