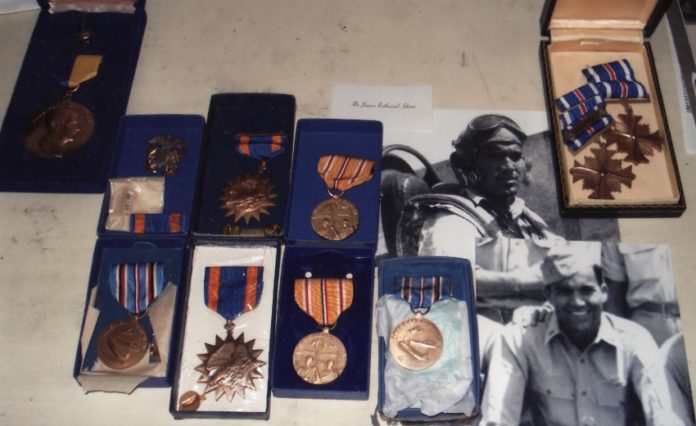 Initiation is a life-defining moment—the old self is lost to the ashes, only to be reborn a member of Sigma Alpha Epsilon. Although it marks the official entrance into the Fraternity, everyone exemplifies our beliefs and values long before that. A bid would not have been extended if they did not. Nathaniel Adams (Oregon ’50) was no different. His actions during World War II were a testament to his character long before he became an SAE. Only a handful of people can say they saved the life of a future president. 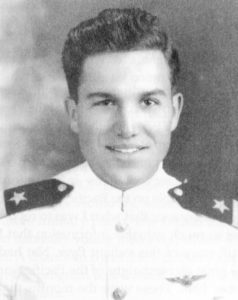 Adams enrolled at Boise Junior College and studied civil aeronautics. The attack on Pearl Harbor cut his studies short as he, like so many other students, dropped from school to enlist. After being commissioned as a United States Naval Aviator, he was stationed in Oahu, Hawaii before deploying on the USS Monterey as part of the Pacific Ocean theater of WWII. Following that tour, he served on the USS Enterprise then the USS Jacinto, where he earned the Distinguished Flying Cross for “outstanding skill, courage, and determination” during a dangerous water landing amid a firefight.

On September 2nd, 1944, four pilots were ordered to knock out radio towers on Chichi Jima. One of those happened to be 20-year-old Lt. George H. W. Bush, future 41st President of the United States of America. Adams and his squad mates flew cover. Bush’s plane took a fatal hit during the attack and crashed into the Pacific. The only survivor, he was slowly drifting towards the shoreline where Japanese boats were already in the water, rushing to capture him. Adams circled Bush’s position for over two hours, fending off the captors until a U.S. submarine surfaced and rescued Bush. Other airman captured at Chichi Jimi were not so lucky—with many being tortured and decapitated. Bush later wrote Adams, crediting him with his life. “Without your covering support, I would undoubtedly have been captured, executed and cannibalized. With warm regards to you and yours, George Bush.” 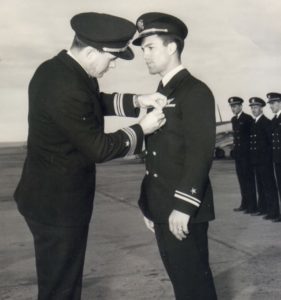 Adams returned home from the war with the Distinguished Flying Cross, a WWII Campaign Medal, Pacific Campaign Medal, Asiatic Campaign Medal, an Air Medal, Seven Combat Stars, and a Presidential Unit Citation Medal. His hometown of Boise wanted to honor him, but Adams declined. “I’m no hero,” he said, “the real heroes are all the guys who didn’t come back.” Adams enrolled at the University of Oregon and became a member of SAE. While fraternity life might seem trivial following multiple tours of duty, it was what Adams wanted. Perhaps it was the comradery, perhaps it was the desire to belong to something bigger than self, or perhaps wanting to give back.

Adams never brought attention to his actions or times of war. A testament to The True Gentleman, his war memorabilia only emerged from the basement footlocker when his children wanted to “play Navy.” While the past was important, he was more concentrated on his future—career and family. After establishing his own architecture firm in Boise, Adams became one of the most sought after architects in the northwest. He designed the Boise State University stadium and physical education complex, First Security Bank, Ste. Chapelle Winery, two churches, and over 700 other projects. He was awarded numerous awards from the American Institute of Architects for his designs. 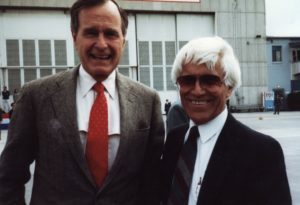 Adams continued his friendship with the late President Bush, reuniting with him and other squadron members at Navy events and most recently the christening of the G. H. W. Bush aircraft carrier in 2006. Adam’s wife, Sally, recalls “the admirals all said how honored they were to meet [Adams]. They were in awe of his wartime seat-of-the-pants flying off those little carriers, and yet he was so humble.”

Adams entered Chapter Eternal in 2007. Brothers may pass, physical structures may crumble, but the spirit of Phi Alpha never fades. It is passed from generation to generation through our actions. Our code of behavior stands more than secret words that bind us together. It is a statement of our philosophy that defines and expresses our beliefs. After all, gentlemanliness is the starting point of the indispensable quality of lasting friendships, a quality that Nathaniel J. Adams embodied as he lived the life of a penultimate True Gentleman for his country, family, and friends. Thank you, Brother (War) Hero. We will cherish your memory forever.