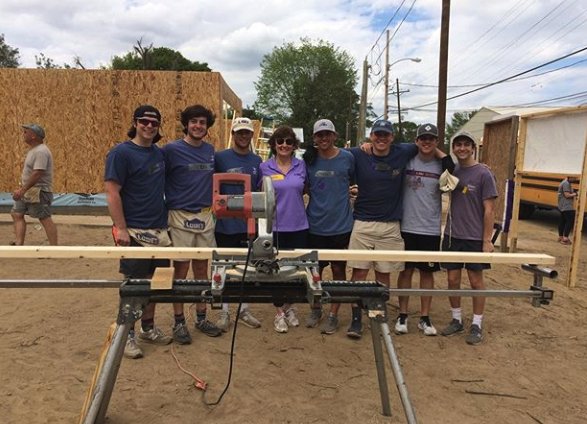 BATON ROUGE, La. (WVLA) — Over 1500 members of LSU sororities and fraternities are scheduled to work alongside two partner families, completing construction of their future homes within the week.

The LSU Greek Week 2019 homes are being built at 849 and 859 N Acadian Thruway. The LSU Greek community has raised nearly $2 million and built 26 homes with Habitat for Humanity of Greater Baton Rouge since their partnership began in 2004.

Two new homes will be built in one week for the Williams and Richard families. Cherika Williams and her three children will be the neighbors of Patricia Richard and her grandson. Both families are excited and grateful to build alongside the Greek volunteers. Patricia would like to tell the Greek Community, “I’m especially grateful and find it astounding that college students are willing to give up their free time to help me.”

The homes are being built in a one week blitz build as part of LSU Greek Week 2019. The LSU Greek Week Build was the first in the U.S. to partner a major university’s entire Greek (fraternity and sorority) community with a Habitat affiliate.

Over 15 years ago the leaders in the LSU Greek community decided that Greek Week should unite the community through a group service project. The success from this program has led the LSU Greek Community to financially sponsor and build 26 homes.

Since the first Greek Week Build in 2004, over 15,000 LSU fraternity and sorority members have volunteered with Habitat for Humanity, donating 49,000 hours of service. The young adults work alongside the homeowner-partners to build the houses, learning firsthand about poverty, its effects, and the need for affordable housing. Overall, LSU Greek Life has helped 34 adults and 59 children find a safe, stable place to live.

Pictured: The brothers of Sigma Nu volunteered at Habitat for Humanity alongside Louisiana State’s Director of Fraternity and Sorority Life this wee. 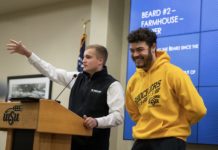 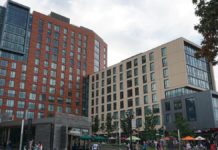