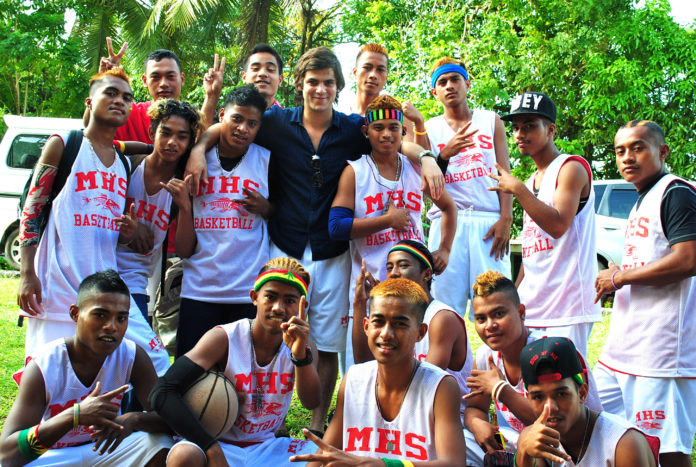 Jason Steinberg (University of North Carolina, 2014) is repairing the world with sports and music.

Alpha Epsilon Pi Brother Steinberg had a self-described “traditional” upbringing. Hailing from a middle-class suburb in Oceanside, New York, he participated in sports and played music in high school and was involved in BBYO. In college, Brother Steinberg continued exploring opportunities in sports and music by coaching inner-city basketball teams and dabbling in a band. In addition, he served as master of AEPi’s Omega chapter at UNC Chapel Hill. However, Brother Steinberg knew that after graduation he wanted no part of a nine-to-five job: “I wanted to go off and do weird things,” he said. “I wanted to see the world, I wanted to make an impact.”

Brother Steinberg’s search for meaningful work led him to the Federated States of Micronesia through the WorldTeach program, where he spent time teaching high school English. “Micronesia is pretty remote, sort of on the part of the map no one looks at, in the middle of the Pacific Ocean.” One day after class, Brother Steinberg noticed some students shooting hoops outside the school. Naturally, he invited the kids to come with him to a local court and play basketball.

Down the road from the school was a basketball court, covered in palm fronds and dirt but functional. “We get to the court for our first game, and something like 35 to 40 kids showed up, and then I realized… I was the only one wearing sneakers, and we didn’t even have a ball,” Brother Steinberg recalled. Luckily, one of the kids ran home and brought an old, tattered ball. Like the court, it had seen better days, but it was still functional. After the game—nearly two hours later—Brother Steinberg noticed most of the kids had cuts on their feet and when he asked how they were getting home they told him they were walking. For some of those kids, that meant walking 10 miles. Brother Steinberg was ready to accept that the game was a bad idea, and the kids would probably not want to play again. However, that was not the case.

“The very next day, these kids came up to me and said, ‘we’re playing again today, right?’ It hit me in that moment that this was meaningful for them. In a community that was significantly impoverished, that has rampant suicide rates, that puts pressure on teenagers to have responsibilities ranging from taking care of their parents to farming and fishing, these kids still want to play basketball for two hours a day, even if it meant playing with bare feet and walking 10 miles home.”

When he returned home to the United States, Brother Steinberg left behind any notions of finding a private sector job, and began working on the International Sports and Music Project (ISMP), a non-profit organization he founded to allow children in underprivileged communities around the world have the same type of experience as the kids in Micronesia. ISMP currently runs programs to teach sports and music in five different countries. Some of ISMP’s program partners include high schools, rehabilitation centers for children affected by war and genocide in sub-Saharan Africa, refugee shelters, and a shelter for homeless youth. The program’s focus is specifically on vulnerable communities where people who may have physical safety concerns or suffer from the mental health issues and stressors that come with traumatic experiences and poverty. Brother Steinberg has seen firsthand that team sports and musical learning can provide an educational, meditative, and cathartic output that many people lack access to.

“I remember a Kurdish boy I met in one of the refugee camps, who was excluded from playing back home because of his nationality. He told me that the only time he’s happy is when he’s playing soccer. We work with people in tough situations: PTSD, anxiety, stress disorders and with people of all ages living in refugee camps. These people are beholden to the powers that be to tell them where to go, without their families. Many of these places are transitional. Many of these people lack opportunities to feel powerful, to feel confident, to make friends, and primarily just have something to look forward to when they wake up in the morning.”

The process of growing ISMP has not been without its challenges. Without a business background, learning how to market and fundraise for the project has come with a learning curve. Brother Steinberg picked up a few things in his leadership experiences—including AEPi—and continues to learn every day: “I try my best to surround myself with people who are smarter than me and have expertise that I don’t have.” Beyond that, learning how to navigate logistical barriers in vulnerable communities can be difficult. Places like refugee camps often suffer from instability and limited resources, which underscores the need for funding and preparation. However, Brother Steinberg believes in ISMP’s work and its importance.

ISMP is always looking for partners and collaborators. Anybody looking to get involved—from individual volunteers to groups looking to fund a project—can share their ideas with Brother Steinberg and his team. He can be reached at jason@ismproject.org. 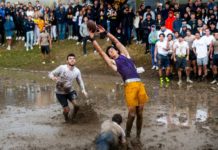