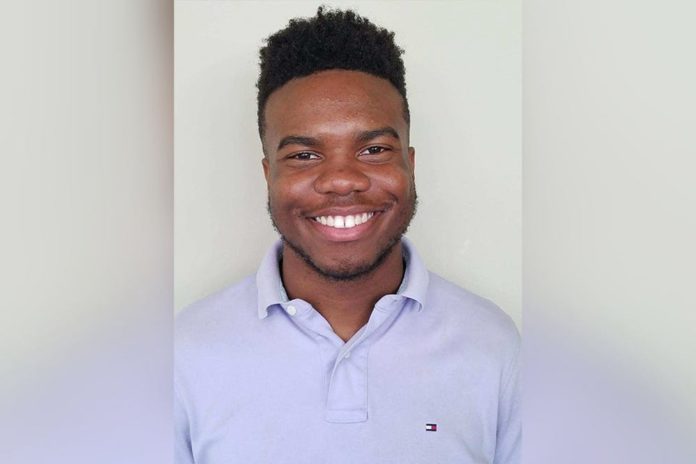 In February 2019, Engineering junior Majesty Uwagerikpe became the Interfraternity Council’s first vice president of diversity and inclusion. Nearly a year later, Uwagerikpe has created an annual diversity summit and a panel for potential new members to be exposed to diverse groups within the IFC. However, he said there is still more work to be done to increase turnout at these events.

The IFC finalized the creation of the vice president of diversity and inclusion role this year, two years after announcing the search for someone to fill the position. Uwagerikpe will finish his term at the end of the year, with Engineering junior Archit Dhar succeeding him in 2020.

On Nov. 17, the IFC and the Intercultural Greek Council co-hosted the inaugural diversity summit, in which executive boards of various fraternities were taught approaches to ensure people of all races and religions would feel safe and included at parties. Representatives from both councils also discussed their experiences with diversity in Greek life.

While the summit had a lower turnout than expected, Uwagerikpe said it was “really engaging and impactful for the students there.” Uwagerikpe said he did not have an approximate number of attendees at the summit.

Uwagerikpe also hosted a panel titled “IFC 101” in the fall semester for potential new members to showcase diverse groups within the IFC that freshmen and sophomores may be unfamiliar with, such as co-ed chapters. Uwagerikpe said he “wished there was a higher turnout,” with about 30 prospective new members in attendance. He said, however, that the event was overall a success given that it was the first time the IFC hosted the event.

To streamline communication, Uwagerikpe has restructured the internal board underneath the vice president of diversity and inclusion for next year and will require them to organize and run the diversity summit and panel for potential new members. Previously, members of the internal board did not have clearly delineated responsibilities, Uwagerikpe said, adding that he hopes the restructuring will increase effectiveness and turnout.

Uwagerikpe told The Daily Pennsylvanian in April that he also wanted to collaborate with groups such as the Penn Anti-Violence Educators, the LGBT Center, and the Penn Women’s Center through joint workshops.The IFC, the Diversity and Inclusion Board, and PAVE held a workshop last spring for fraternity presidents and social chairs to promote and increase active-bystandership within their chapters.

“For people that are considering Greek life, I wanted them to know that there is a house for every single person on this campus,” Uwagerikpe said. “We have places where everyone can feel whole, can be fully themselves, and learn from others they might not necessarily interact with and I don’t think that was necessarily known. Going forward, and into our next season, I want to keep changing that narrative.”

“I think one of the problems when you come to Penn and Penn Greek life is that historically it doesn’t seem like it is made up of people of all backgrounds, religious, socio-economic, and racial, when it really is,” Churilla said. “I think the VP of diversity and inclusion is really making that more known for new members.”

College senior George Russell, a member of Alpha Chi Rho,said he applauds the intentions behind the new initiatives and vice president of diversity and inclusion position. But Russell said the IFC needs to find ways to track their success.

“People see the programming but I’d say, ‘How do we measure the success of these programs?’ I don’t think [the initiatives are] really beneficial for Greek life,” Russell said. “I think it’s often times just a whole bunch of policies, initiatives, ideas, and hopefully frats get the message. The IFC really has no way of seeing if their ideas are being effectively broadcast to students.”

Uwagerikpe said there is still more work to be done.

“Even though I believe this is a great system and start, there is room for improvement as an organization,” Uwagerikpe said. “After having the events this year, we’re learning how to grow and improve them next year. It’s an exciting time but there’s still a lot of work to do.”