The University of Nevada, Las Vegas — where Gilyard spent over 15 years working as a film and theater professor — announced Gilyard’s death in a statement shared Monday, Nov. 28. No cause of death was given, though Gilyard had reportedly been suffering from a long illness (per the Las Vegas Review Journal).

“He had many extraordinary talents and was extremely well-known in the university through his dedication to teaching and his professional accomplishments,” said Nancy Uscher, dean of the UNLV College of Fine Arts. “He had a national and international following through his celebrated work in the theatre, in film, and television. His generosity of spirit was boundless — he was always ready to contribute to projects and performances however possible.”

Nate Bynum, one of Gilyard’s colleagues, added, “Some may find it surprising to know that Clarence valued his appointment as a university professor as highly, maybe higher, then his illustrious career as a TV star. It was a major goal for him. He loved his UNLV family and, in particular, the students he instructed in his classroom. Gone too soon.” 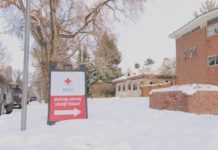