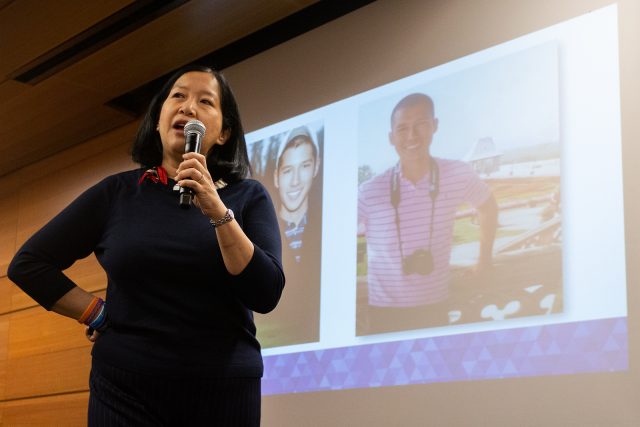 Roughly 250 people attended a speech by Kowiak, an anti-hazing advocate, at UCLA’s Pauley Pavilion Club on Tuesday night. Among the audience were students from Pepperdine University and USC, as well as members of UCLA Athletics and student organizations. Members of UCLA fraternities and sororities also attended, including members of Theta Chi and Sigma Chi.

Kowiak told the stories of U.S. college students who died as a result of hazing, including her own son. She also discussed the definition of hazing, its consequences and how to prevent it.

“My mission is to try and prevent this from happening to any other families, parents and moms,” Kowiak said. “No parent ever expects to send their kid off to college and not have him or her come home.”

Hazing is ­­­­any action or situation intended to harm someone mentally, physically or emotionally, usually inflicted upon members of a group or team as a form of initiation, Kowiak said.

Kowiak told the story of her own son, Harrison Kowiak, who died in 2008 as a result of fraternity hazing at Lenoir-Rhyne University in North Carolina.

Harrison told Lianne he planned on joining a fraternity his second year of college because other members of his golf team were part of it. She asked him if it was safe, and he insisted that it was.

As part of its initiation, Harrison’s fraternity drove the new members off campus to a dark field, Lianne said.

Harrison and another member had been told to wear light clothes, while the rest of the fraternity wore dark clothes. When they arrived, Harrison and the other new members were told to run, and fraternity members chased and tackled them.

Harrison received a traumatic brain injury and fell unconscious, but the fraternity brothers did not call 911.

Eventually, the fraternity brought him to a hospital near campus and he was transferred to the trauma center, where he died.

Even if a person doesn’t die from hazing, it can cause long-term damage to a person’s mental, physical and emotional well-being, Kowiak said.

While the expectations for members undergoing initiation may start small, they can grow bigger and bigger, Kowiak said.

New members can be asked to wear a certain color, she said, or asked to sing loudly in public. Eventually, hazing can escalate to verbal abuse, sleep deprivation, and even physical abuse, such as beating, paddling and branding.

For example, Kowiak told the story of a student at California State University, Chico, who was forced to drink water until he died of water intoxication.

Students involved in Greek life are not the only ones affected by hazing, she said.

“Fraternity and sorority life does get a bad rap … but, when you look at the statistics, it’s actually athletics,” Kowiak said.

According to Babson College, more than 250,000 students experience some form of hazing when they join a college athletic team. In addition, 5% of all college students admit to being hazed.

To raise awareness about hazing, Kowiak has spoken about hazing prevention to almost 8,000 students over the past eight years.

“Hazing doesn’t get talked about,” said Lindsey Goldstein, acting director of the Office of Fraternity & Sorority Life at UCLA and a coordinator of Tuesday’s event. “If we want this to stop, then let’s talk about it.”

Kowiak is also fighting to implement and strengthen hazing laws in states that do not yet have them. She shares this goal with other members of the Anti-Hazing Coalition, an advocacy group that includes parents who have lost their children to hazing.

For example, after Kowiak’s son’s death, his fraternity was charged with a misdemeanor and asked to pay a small fine, she said.

California Penal Code classifies hazing that does not result in a serious injury as a misdemeanor, but if hazing results in serious injury, it can be charged as a felony. However, some states, such as South Dakota, Wyoming, Montana, New Mexico and Alaska, have no anti-hazing laws.

Students can also play a big part in hazing prevention, Kowiak said. Speaking up about hazing among one’s peers is difficult, but necessary, she said.

“Everything that happened could’ve been preventable,” Goldstein said. “It takes so much courage for a student to stand up and say, ‘This isn’t right,’ but we need to make a change.”

Instead of proceeding with such dangerous rituals, groups, including sororities and fraternities, can encourage true brotherhood or sisterhood by exploring safer options, Kowiak said.

“(Fraternities) can do healthy team-building activities,” Kowiak said. “They can go to an event, an art museum together, (or) a fun outing.”

Students concluded the event by writing their thoughts about hazing prevention at UCLA on posters around the room.

“I didn’t really come here expecting to be so affected by what was said,” said Spencer Netherda, a third-year English student at UCLA. “But hearing (Harrison’s) story was so real.”

Kowiak said she thought the vicious cycle of hazing has to be stopped, and it can.

“If you see the hazing, you can make a difference,” concluded Kowiak. “Please, speak up, and do something about it.” 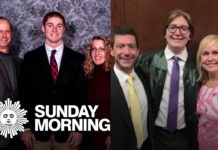 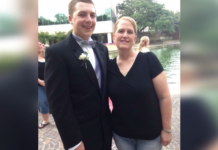 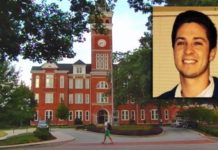