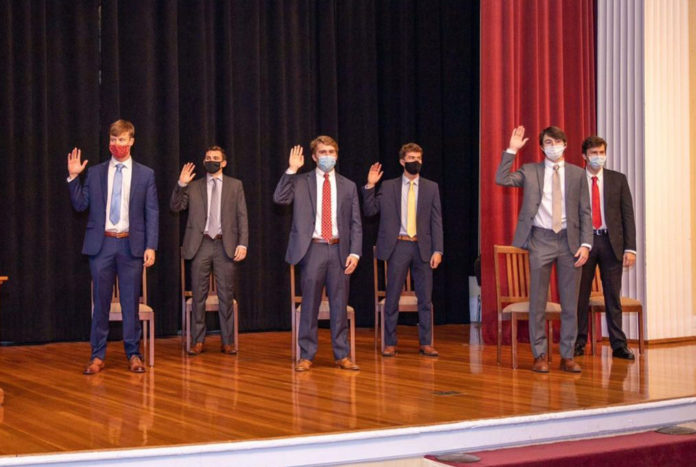 Greek Life at the University of Georgia is currently holding recruitment for students interested in joining a sorority or fraternity.

Recruitment was also held at the start of fall semester, but Audrey Knowles, president of the Beta Sigma chapter of Alpha Chi Omega and a junior accounting major, said the spring is a good time for those who may have not gotten a bid in the fall semester, or are just now interested, to join a sorority.

Alpha Chi Omega does not hold a formal spring recruitment as they do in the fall, but instead interacts with those interested in joining on a case-by-case basis. Some potential recruits express their interest by email, while others already know someone involved in the sorority and reach out through them, Knowles said.

“It’s really interesting to see that there’s a lot of different forums that they use to reach out and let us know their interest,” Knowles said.

Beta Upsilon Chi, a Christian fraternity on campus, handles its spring recruitment differently, holding events for those interested in joining the organization.

Ryan Evans, the president of UGA’s chapter of BYX and a sophomore finance major, described the process as very laid-back, saying those who are interested can sign up with UGA’s Interfraternity Council, and fraternities will reach out to people who have expressed interest.

Evans also said some of the fraternities hold different events for interested students to come and meet with members and see what the organizations are like, while some events are also held through the IFC.

Despite differences in the recruitment processes between sororities and fraternities, both Knowles and Evans said they’ve had to change their typical procedures due to COVID-19.

Evans said BYX is holding events outside or in spaces that can easily accommodate social distancing.

“We’ve done a bonfire, so that’s outside and very easy to socially distance,” Evans said. “We always do a worship night, again, which is outside.”

Knowles said they are meeting with people individually for coffee rather than holding large events.