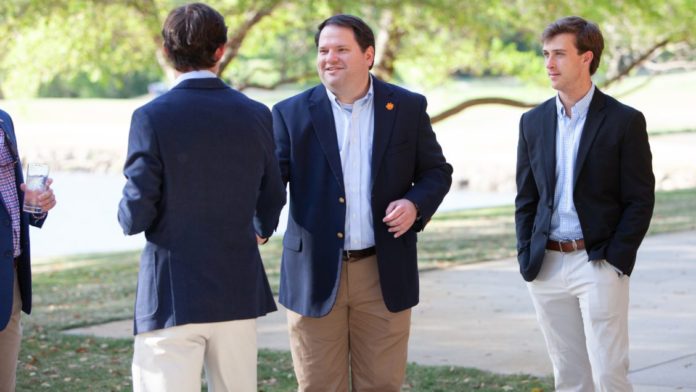 Assistant Dean of Students Gary Wiser has been named a recipient of the 2022 Sue Kraft Fussell Distinguished Service Award, given annually by the Association of Fraternity and Sorority Advisors (AFA). The award recognizes individuals who have exhibited outstanding achievements in one or more of the following areas: service to AFA; programming and/or service reaching beyond the recipient’s campus; development and research; and/or service to the college and fraternity/sorority communities.

“AFA has been my professional home for almost 20 years, so I am extremely grateful for this honor,” said Wiser, who has served as a volunteer with the organization since 2006. “It’s been very important for me to give back and serve as a way of repaying everything AFA has given me. I’ve been very lucky since I was a young professional to have mentors that stressed professional involvement. Any way I’m able to use my time and talents for AFA has been a priority. I’ve utilized my voice in a way that has hopefully helped advance the profession.”

Wiser has overseen the Office of Fraternity and Sorority Life (FSL) at Clemson since 2013 and has seen the Greek community flourish in and out of the classroom during his tenure. FY22 saw record membership totals for fraternities and sororities at Clemson, representing more than 26 percent of the undergraduate student body.

In Spring 2022, 82 percent of all FSL members carried at least a 3.0 GPA. FSL-affiliated students had both a higher retention rate (97.7%) and six-year graduation rate (92.8%) than unaffiliated students — higher than the overall institutional rates. Additionally, organizational chapters performed in advance of 100,000 hours of community service and raised more than $1,000,000 toward designated philanthropies.